Showing posts from February, 2018
Show all

Is trading with Bitcoin profitable? 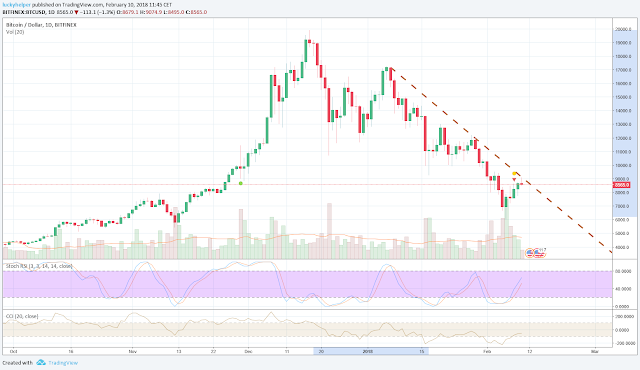 What is Bitcoin? Bitcoin is a cryptocurrency. There are only digital coins available. It is a payment system based on a technology called blockchain. The Bitcoin blockchain is beleagered and overburdened. Therefore, the payment transactions take up to one hour per confirmation. As six confirmations are needed to achive the highest level of security, six or more hours are the timeframe for completing one payment transaction. Additionally, the transaction fees on Bitcoin are expensive. Bitcoin shows up to be unfit as a payment coin in shops. Bitcoin cannot hold its promises of fast and cheap payment transactions. Nontheless, Bitcoin is still the most popular and most traded cryptocurrency. The current market situation of Bitcoin Since December 17, 2017, Bitcoin is facing a major downtrend. Downtrends are widespread in these days. Almost all cryptocurrencies, most stocks and most currencies are affected. Bitcoin lost more than half of its value until now. As long as the price o
Post a Comment
Read more
More posts